This project tackled the annexing and integration of a separate garage and artist’s studio into an existing 1950’s three bedroom house. The result is a five bedroom house linking the existing more traditional layout of cellular reception rooms with a new light filled, open plan kitchen, family and living room.

An important component of the joining of the two existing structures was to provide a unifying external language. A style in keeping with the existing external appearance but something that also hinted at the modern allowing larger expanses of glazing to be incorporated to the new open plan areas. Another important consideration was not to allow the new building to swamp the existing. A lead is taken from the timbering of the existing house and applied in the regular oak posts supporting what appears to be a new dormer roof. Under this new roof double height living areas are disguised. Large sliding folding doors allow the living area access to a covered external seating area.

Read more
Due to the desire to keep the roof level of the new connecting structure lower than the original house voids have been carved out of the new first floor accommodation. Capped by large roof lights these voids allow natural light to cascade deep into the plan of the building. These light wells also feed borrowed light into the first floor dressing and bathroom areas deep within the plan. At night the light wells are illuminated by artificial light creating something of the unexpected within the domestic setting. 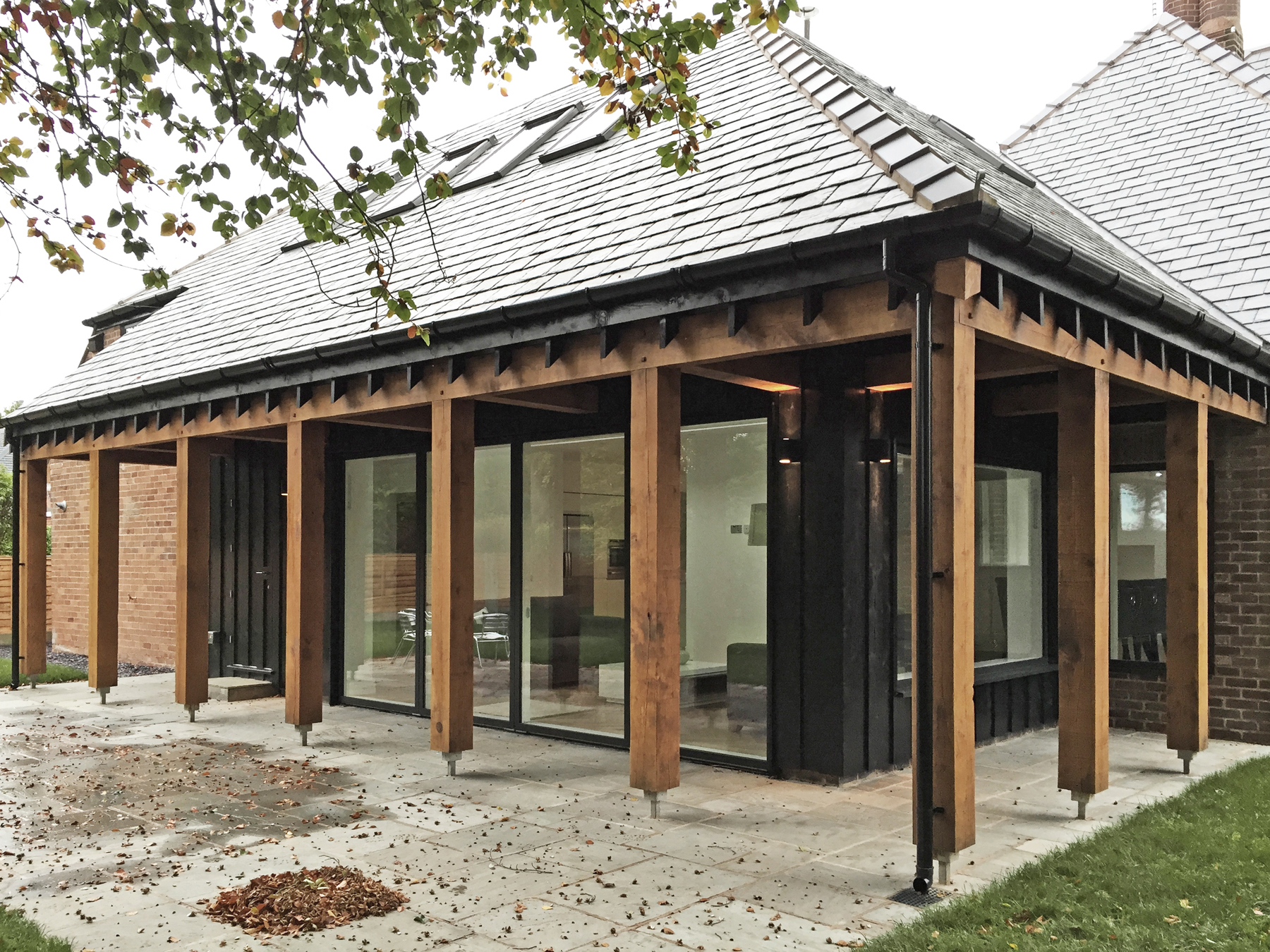 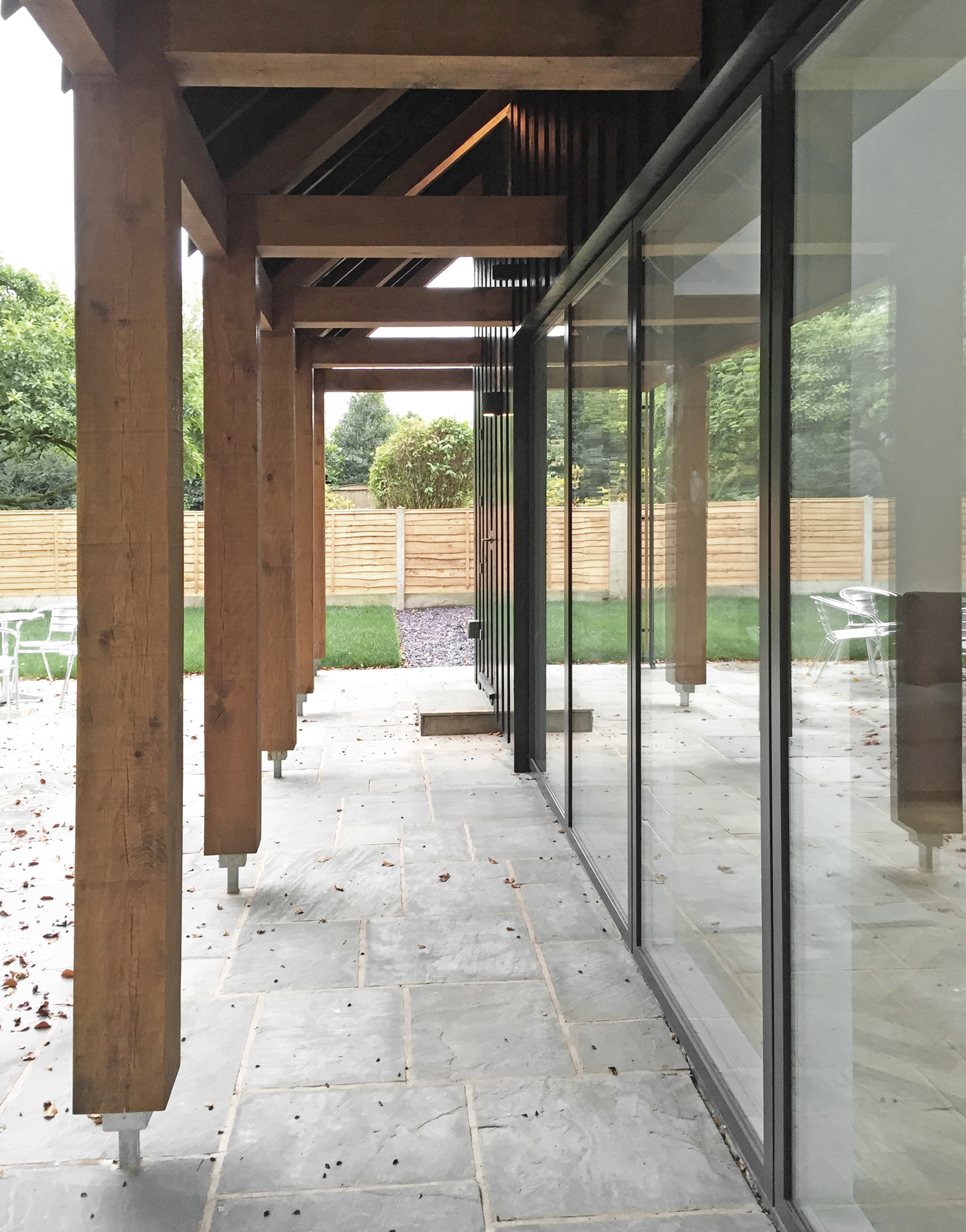 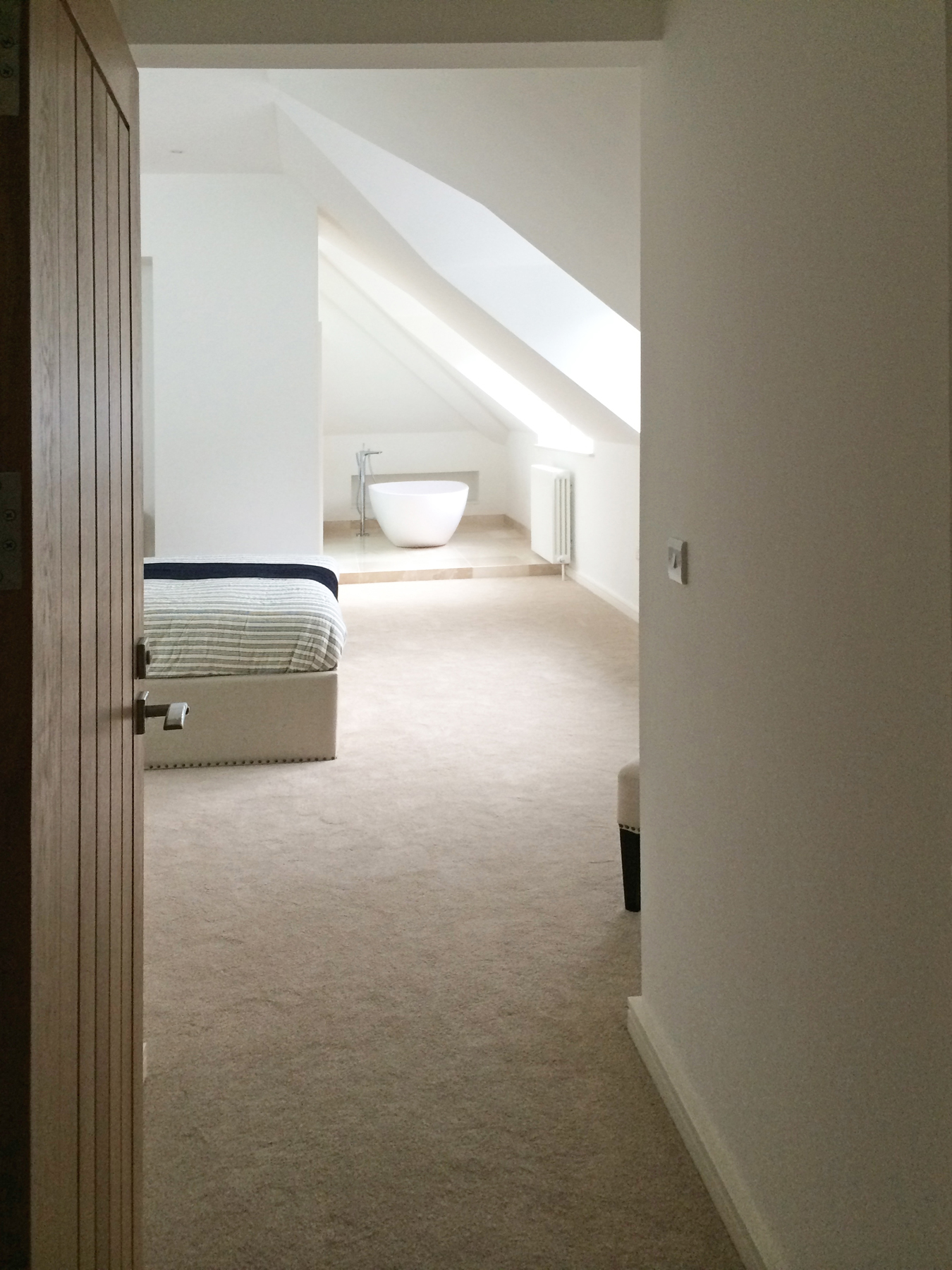 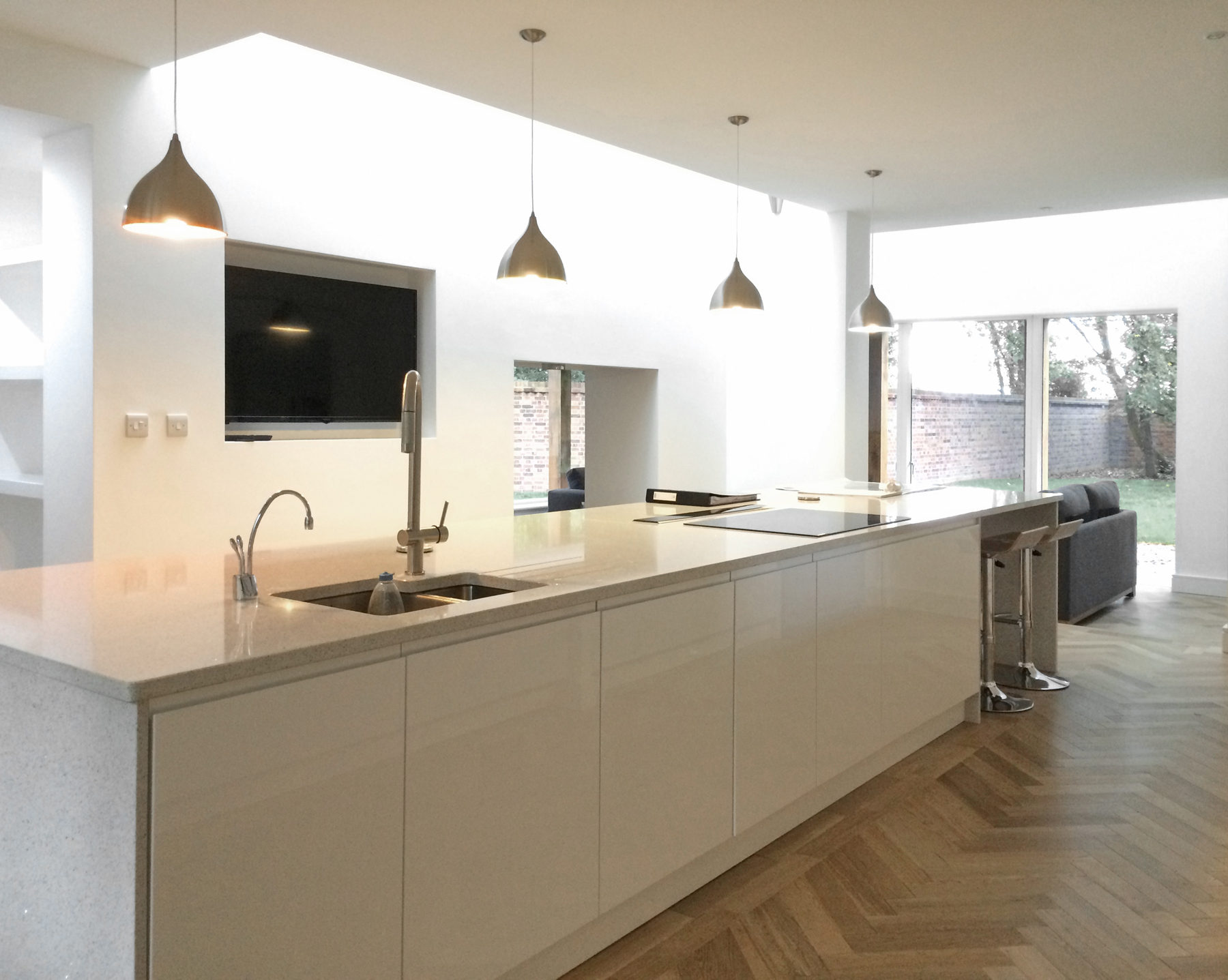 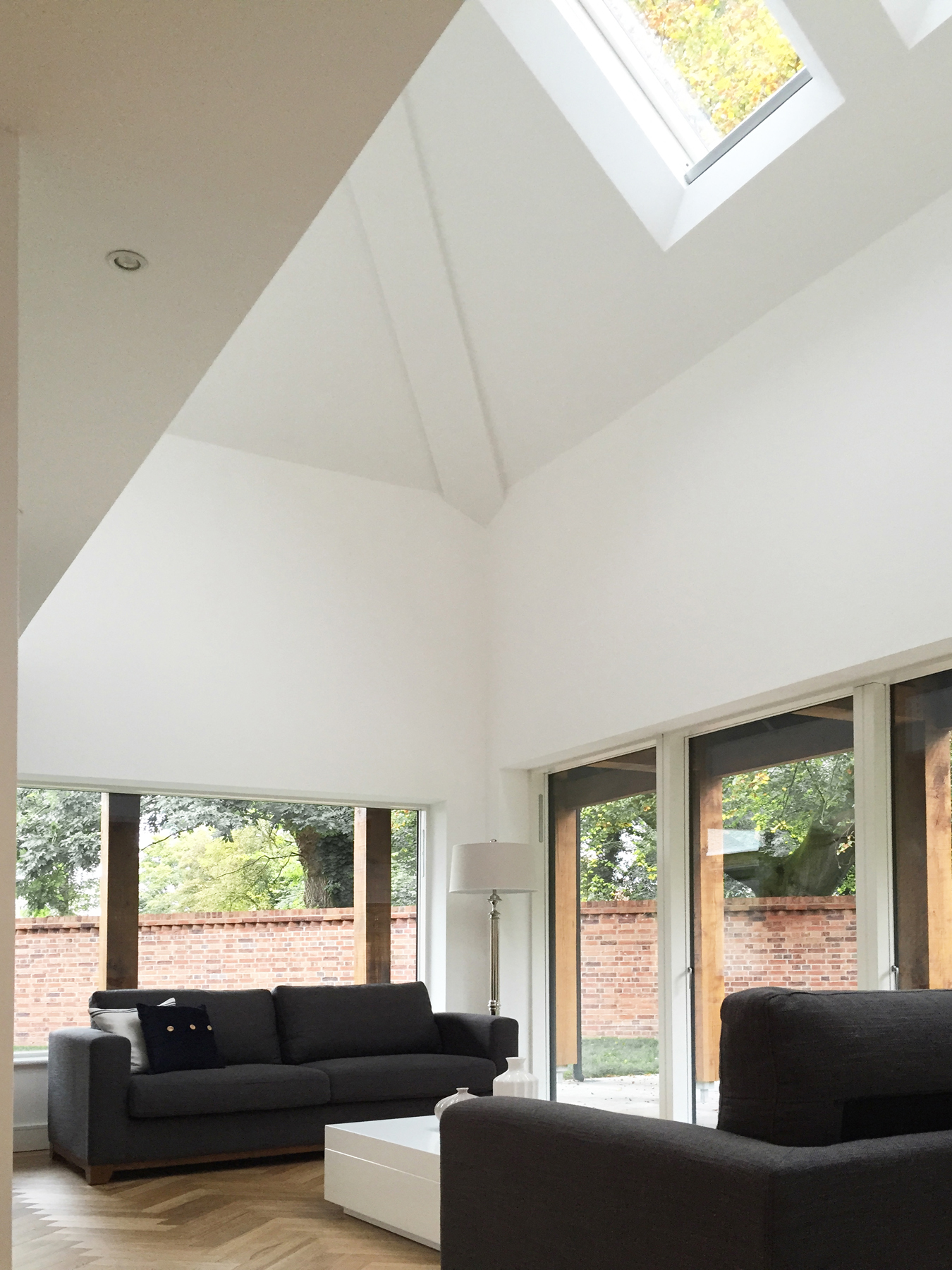 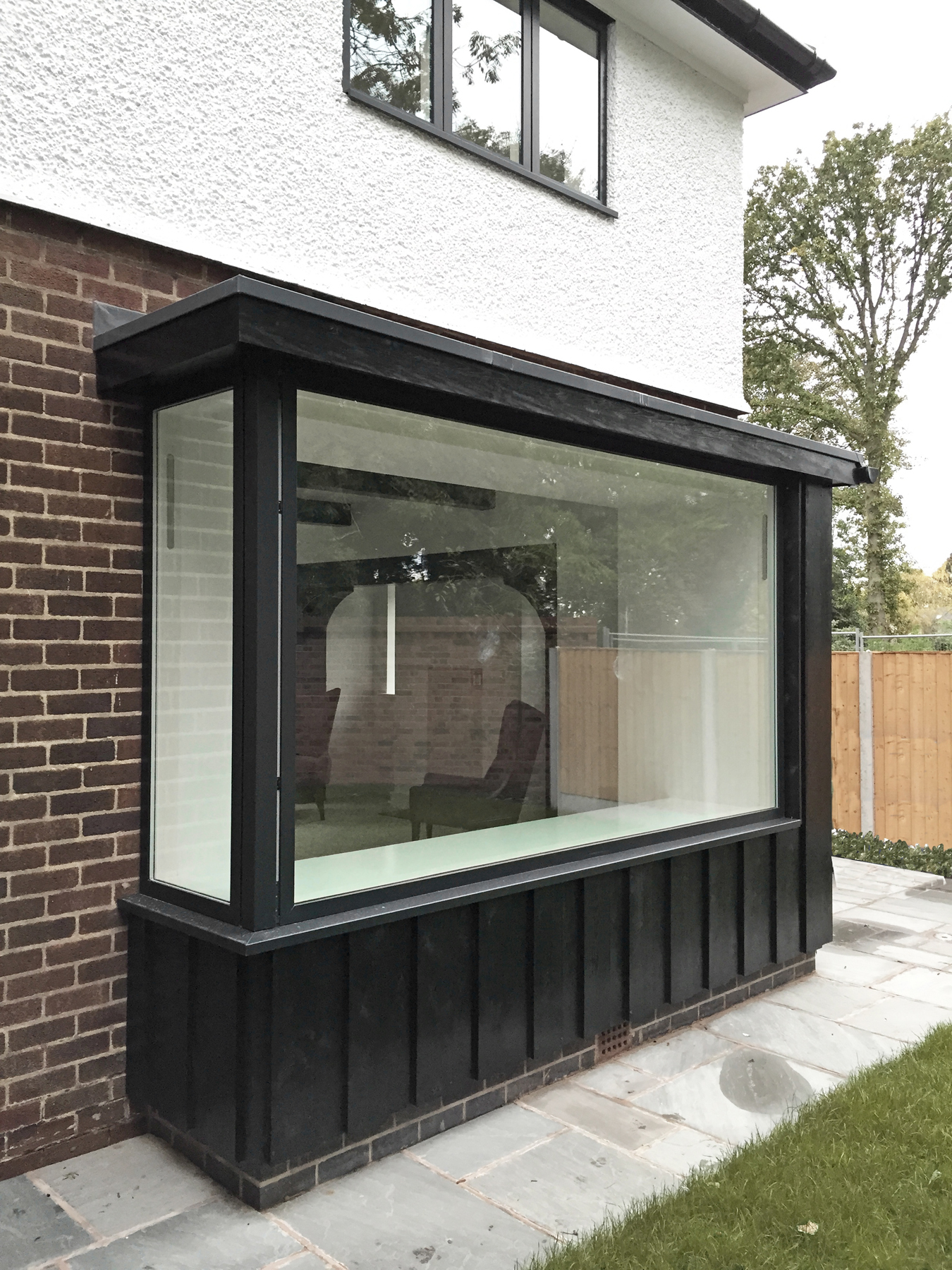 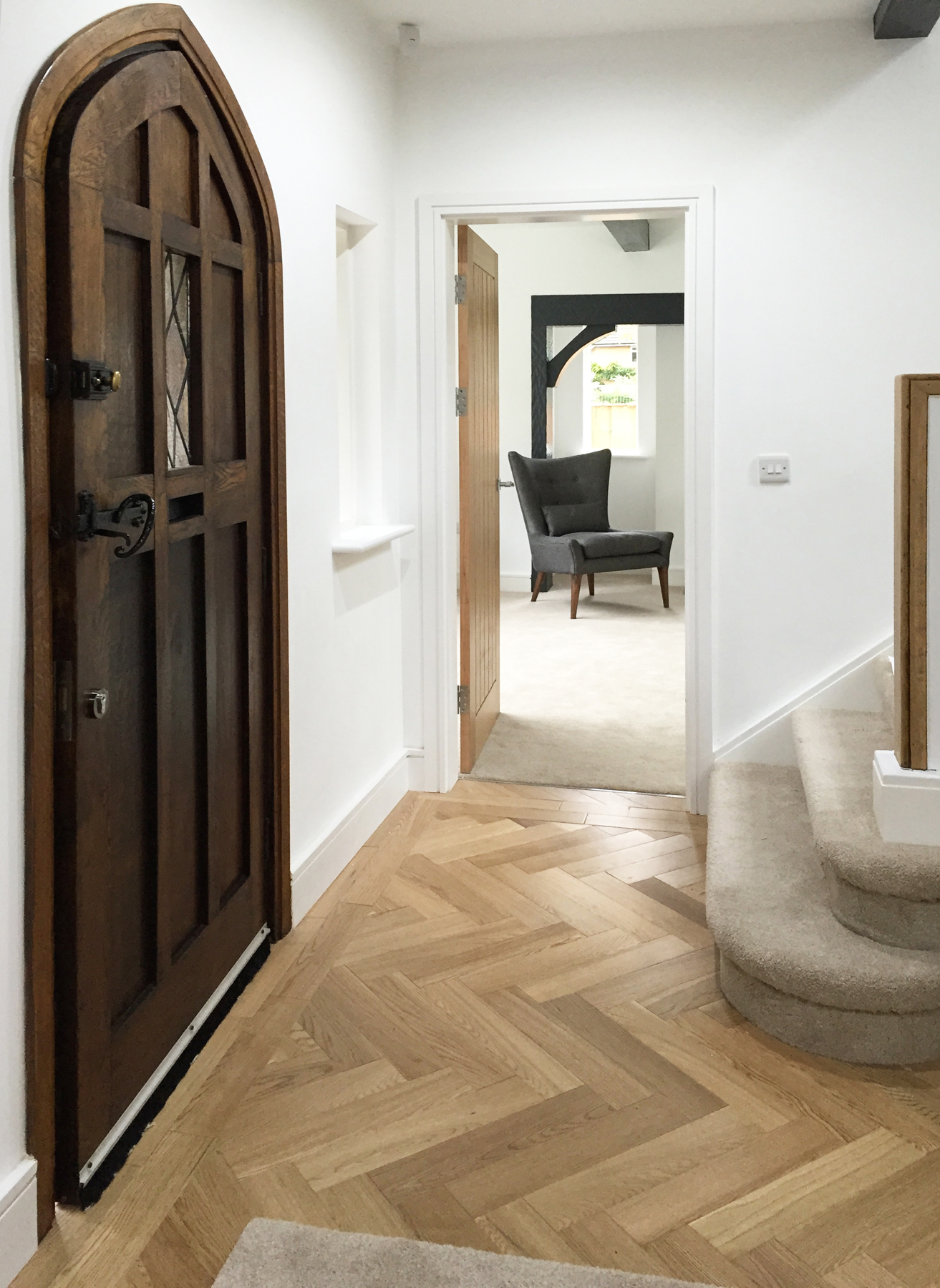 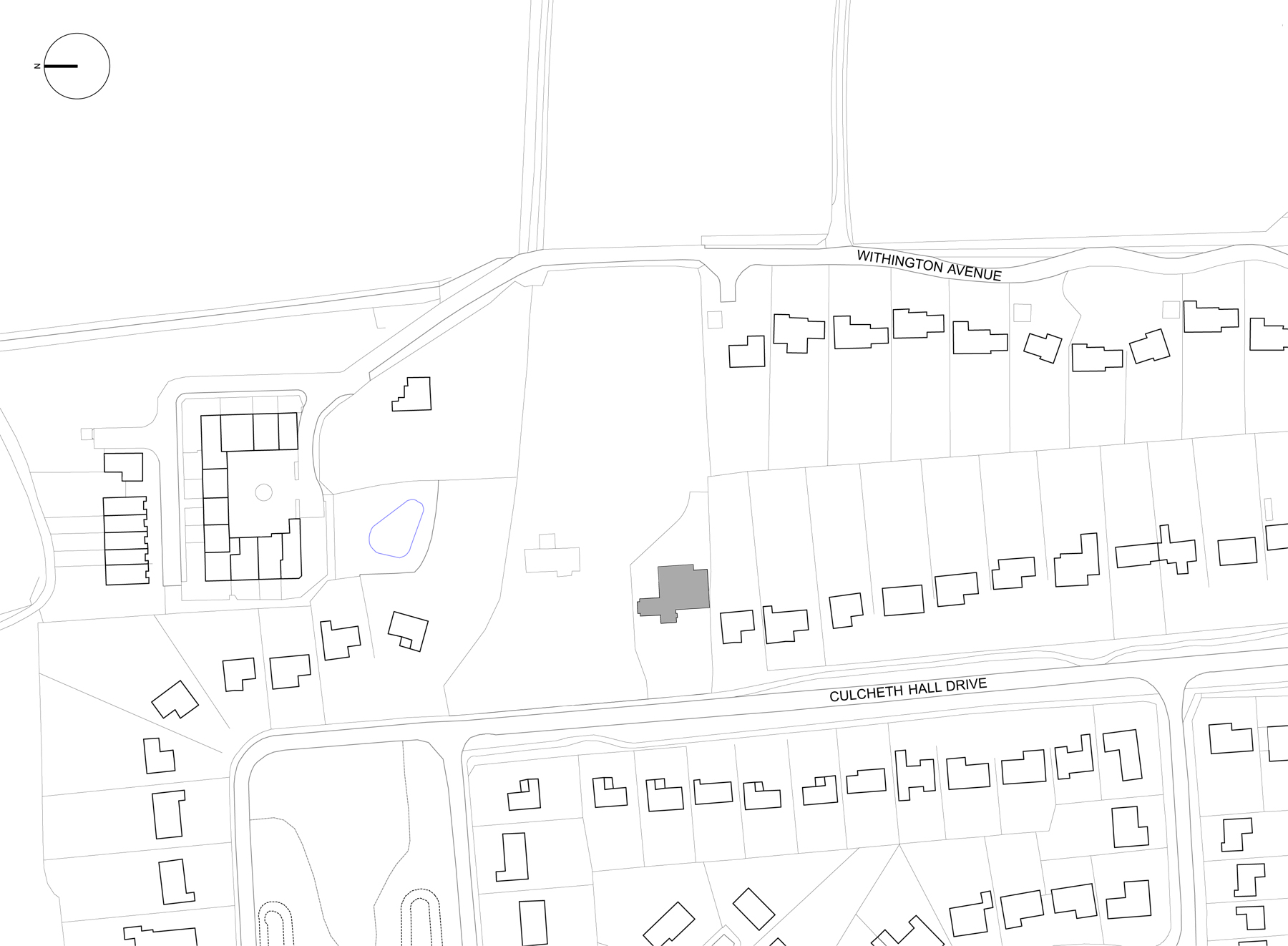 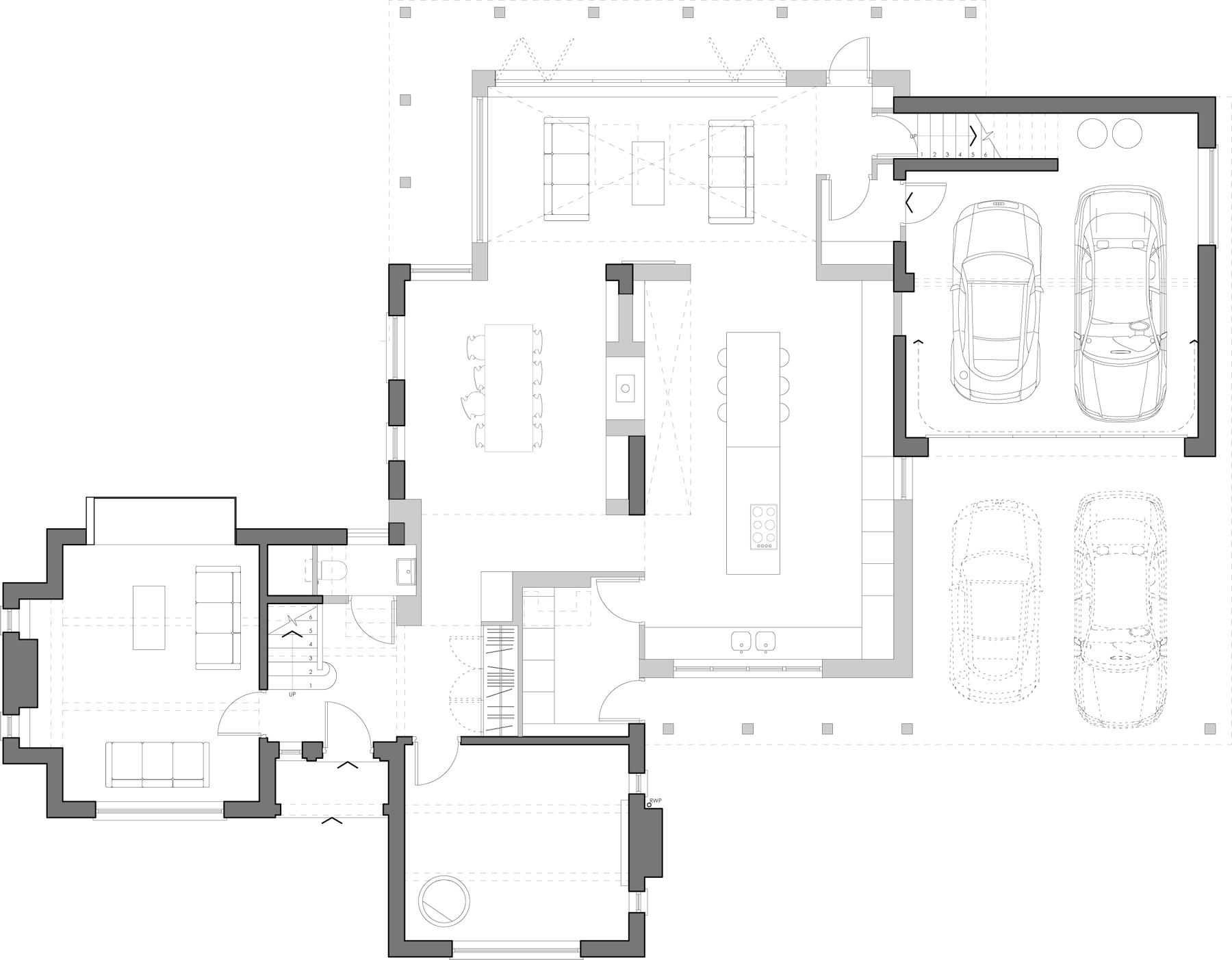 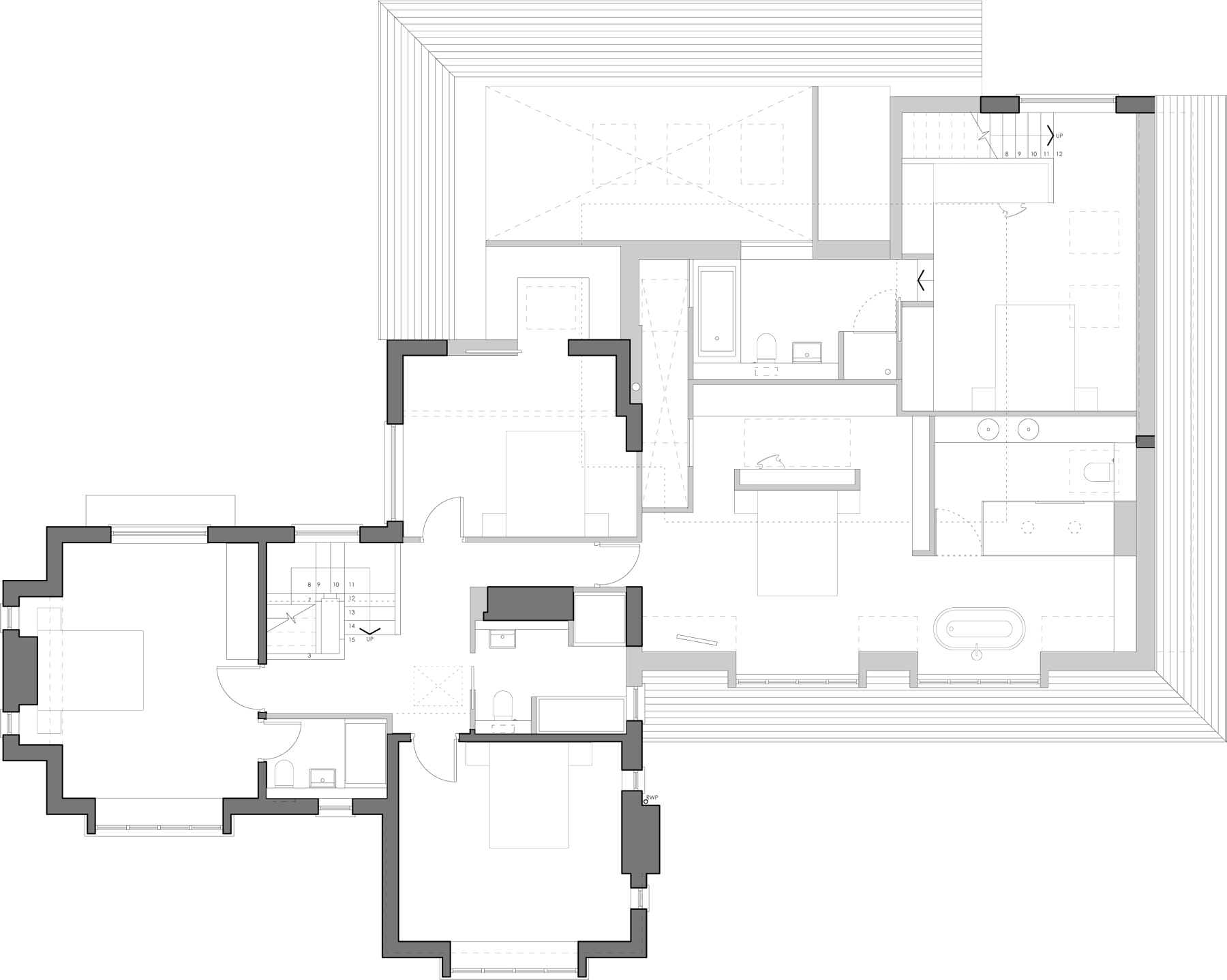 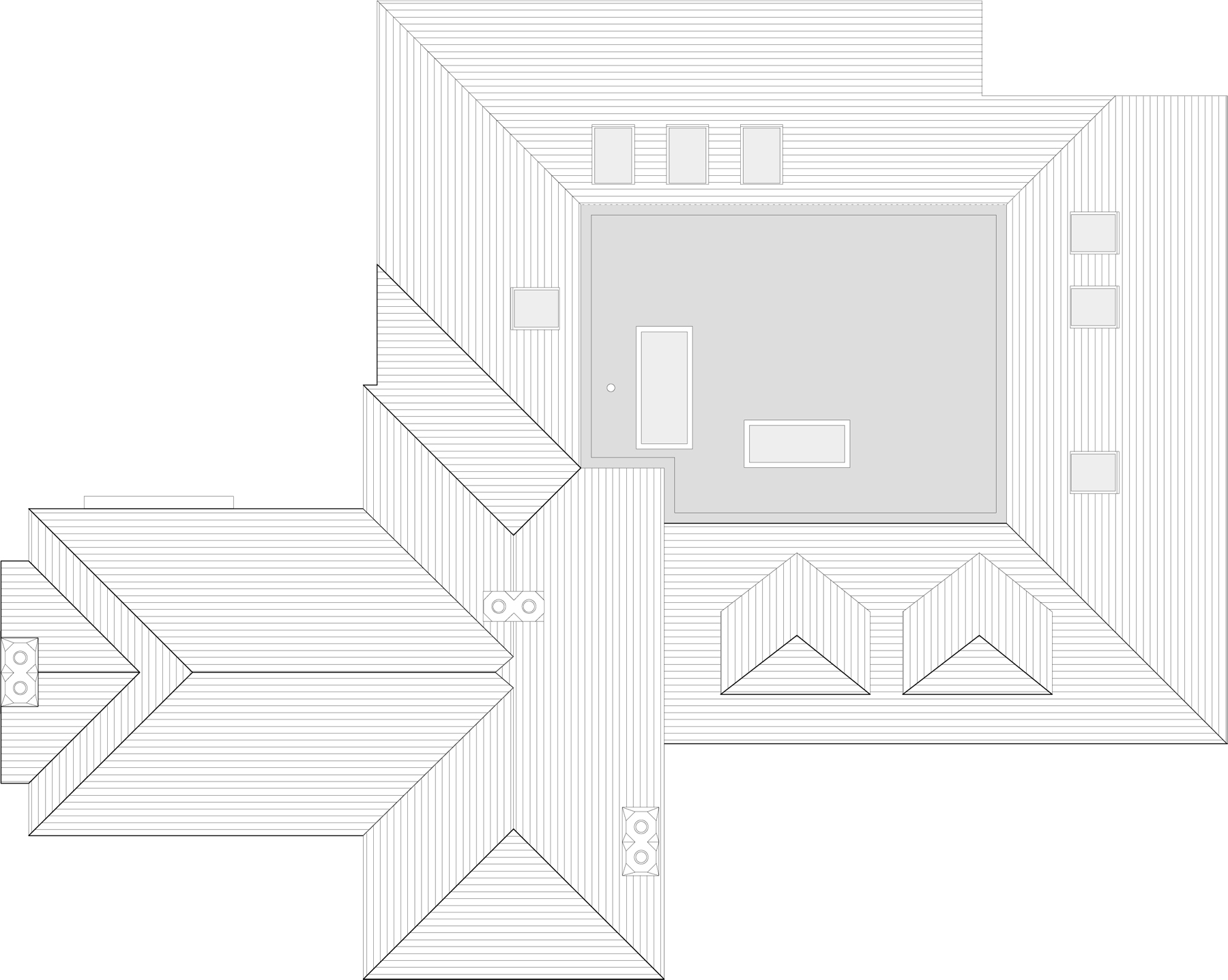